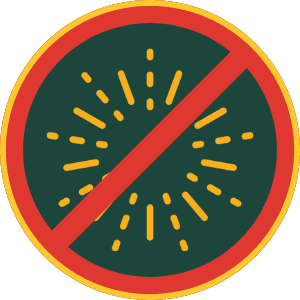 Fireworks restrictions are in effect at all Washington State Parks and beaches in front of state parks this July 4th holiday. Know before you go where and when you can safely and legally discharge your fireworks this Fourth of July. LEARN MORE

Lighthouses stand sentinel atop windswept cliffs, sea smells waft up through the air and waves collide with a crash where the Pacific Ocean meets the Columbia River below.

Named for Captain John Meares’ first thwarted voyage to find the Columbia, Cape Disappointment is steeped in Northwest history. This is the place to explore U.S. military and maritime legacies and to experience the story of Lewis & Clark and the effect of their Corps of Discovery Expedition on Native American tribes.

Step into the Lewis & Clark Interpretive Center for interactive exhibits. Find overgrown ruins of military bunkers and coast defense batteries, and hear tales of two lighthouses and the first attempts to reach the Columbia River by ocean.

Hike through old-growth forest or around freshwater lakes, saltwater marshes and ocean tidelands. Gape at the breathtaking views. Launch your boat from Baker Bay. Benson Beach is a popular clam-digging destination, and fishers love to set up on the North Jetty to catch salmon and crab. The beaches at Cape Disappointment also lure kite-fliers, sand-castle builders and those who love to walk and explore.

Don’t be surprised if you leave Cape Disappointment intrigued by its complex and multi-faceted history and enchanted by its legends and its vistas. This park will fill your senses and occupy your mind, and you will long to return.

Cape Disappointment is a 2,023-acre camping park on the Long Beach Peninsula, fronted by the Pacific Ocean and looking into the mouth of the Columbia River. The park offers yurts, cabins and unique historic vacation homes to meet travelers’ diverse lodging needs.

Washington's coastal parks are dynamic and beautiful. The are also potentially dangerou!. Learn about beach-specific hazards and how to stay safe when you go to play or camp at coastal parks on our Beach Hazards page..

Located in Pacific County on the Pacific Ocean, Cape Disappointment offers one boat ramp and 135 feet of dock are provided on Baker Bay in the Columbia River. Launching a boat at a state park requires one of the following:

Cape Disappointment has 3 cabins, 14 yurts and 2 vacation houses available for rent. For more information or to reserve your stay, visit the links below.

The park store offers gifts, ice, wood, fishing gear and other camping essentials. Within the park store you will find a café offering summer foods, including artisan pizza, salads, sandwiches and local seafood. Delivery to your campsite is available.

Historical information
Cape Disappointment sits within the traditional territory of the Chinook tribe, known to be sophisticated traders and highly engaged in the maritime fur trade.

Though the cape was first mapped by Spanish explorer Bruno de Hezeta in 1775, its naming is credited to English Captain John Meares, who approached the cape in 1788, but could not locate the river's entrance. Meares, therefore, named the headland Cape Disappointment. In 1792, American Captain Robert Gray successfully crossed the river's bar and named the river "Columbia" after his ship, the Columbia Rediviva. In 1805, the Lewis and Clark Expedition arrived at Cape Disappointment after their 18-month, 3,700- mile journey from St. Louis, Missouri.

The Cape Disappointment Lighthouse was constructed in 1856 to warn mariners of the treacherous river bar where the Columbia meets the Pacific, known for its many shipwrecks as "the graveyard of the Pacific." This is the oldest operating lighthouse in the Pacific Northwest. Plans for a second lighthouse, North Head Lighthouse, were drafted in 1889 because of poor visibility of the Cape Disappointment Lighthouse to southbound ships. In 1898, the North Head Lighthouse was completed. In 1862, Cape Disappointment was armed with smoothbore cannons to protect the mouth of the Columbia River from Civil War threats. The installation was expanded to become Fort Canby in 1875, named for Army General Edward Canby. The fort continued to be improved until the end of World War II. Gun batteries and other structures still sit on the cliffs overlooking the Pacific Ocean.

In 1912, the U.S. Army Corps of Engineers arrived at Cape Disappointment for construction of the North Jetty at the entrance to the Columbia River. With the South Jetty in Oregon, the jetties provided for safer navigation of the Columbia River bar. The 2.5-mile long, three million ton, stone structure was completed in 1917.

Cape Disappointment also housed a Civilian Conservation Corps camp from 1935 to 1938. The men enrolled in the program restored the fort and improved roads and trails. In 1938, the first parcel of land, known locally as "Bell's View," was purchased for $1 by Washington State Parks for what would become Cape Disappointment State Park.

Use our interactive ADA recreation map to search for other state parks with ADA amenities and facilities.

North Head Lighthouse
The North Head Lighthouse is open to visitors 11 a.m. to 3 p.m. daily from May to Sept. 30. Tour admission is $2.50 per adult and free for ages 7 to 17. Children under the age of seven are not permitted. Appropriate footwear is required, no flip flops or shoes without heel straps. Federal and state passes are not accepted for admission. Call the center at (360) 642-3029 for more information.

View All Notify Me
/AlertCenter.aspx

GEAR RENTAL
🏕 Rent the gear you need and have it delivered to your door by Arrive Outdoors!