The commission is made up of seven citizen members appointed by the governor. Commissioners may not hold elected or full-time appointive office during their service and receive no pay beyond legitimate travel expenses.

Michael (Mike) Latimer is a Senior Vice President and Branch Manager of Morgan Stanley Wealth Management Co., in Yakima. He graduated with a Bachelor of Science degree in Marine (Nuclear) Engineering from the U.S. Naval Academy and served as a U.S. Naval officer in both submarines and surface ships. He worked as a regional operations manager for the Burlington Northern Santa Fe Railroad, later becoming a financial advisor with Merrill Lynch and then moving to the Seattle office of Smith Barney. As a branch manager for Smith Barney, he initially relocated to Spokane and then eventually to Yakima, which he now calls home. Mike has been actively involved in his community, including the Boy Scouts, Yakima Schools Foundation, SCORE (an organization that provides support to small businesses), and the Downtown Yakima Rotary Club. In 2014, he was chair of Operation Harvest in his community and is a past board president for the Yakima Capitol Theatre. Mike believes the outdoors provides health and renewal for people of all ages. He is married to Mariane Sugihara, and together, they have five adult children and four grandchildren. In their leisure time, they enjoy a variety of outdoor activities, including gardening, fly-fishing, hunting, RV camping and target shooting. 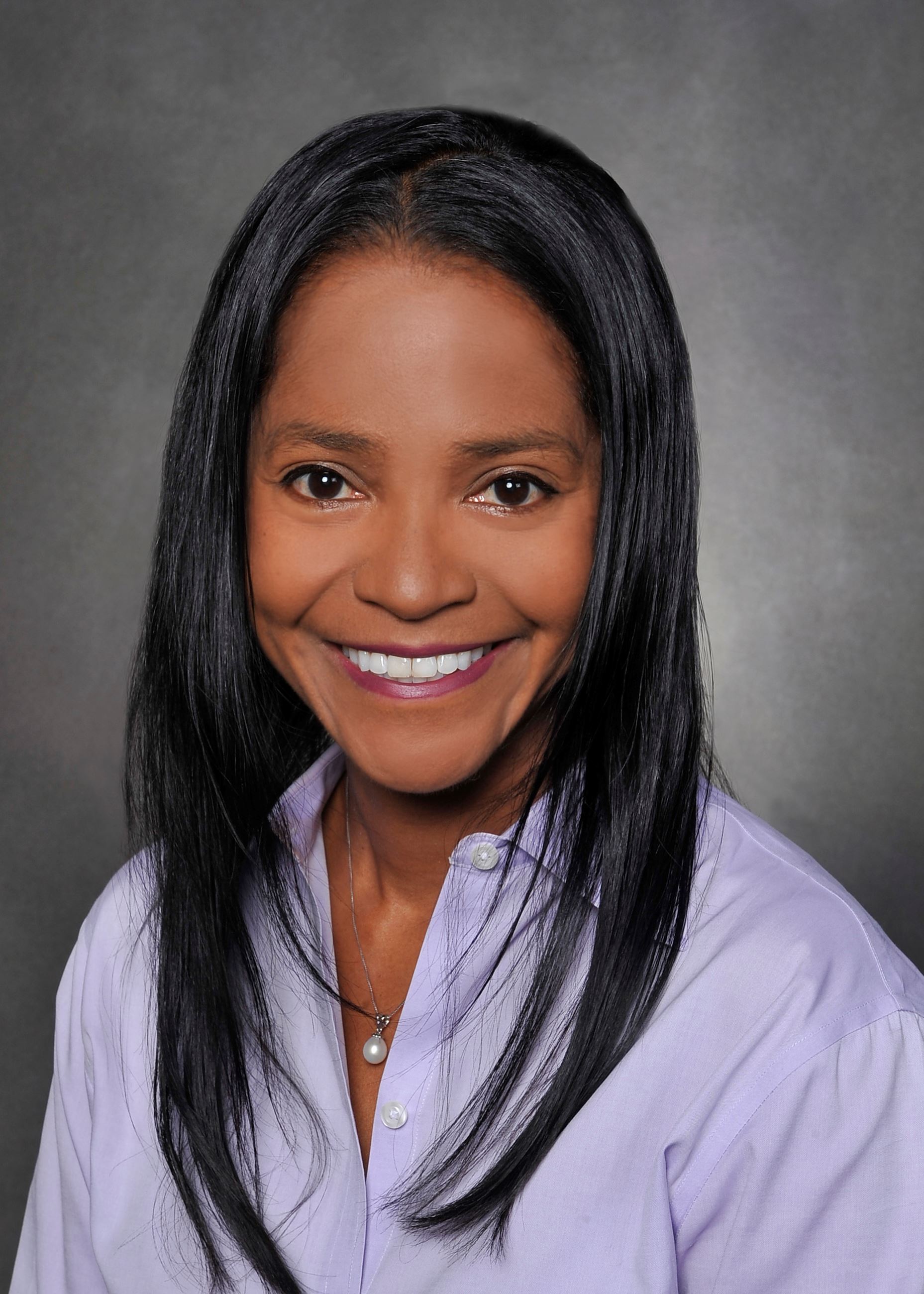 Mark O. Brown is currently in his second term on the Commission, which is his principal public service. He works as president of Connections Public Affairs, a governmental affairs firm based in the Lacey-Olympia area and has years of private- and public-sector experience. In the past, he worked in numerous elected and appointed positions, including posts as Mayor of Lacey and director of the Washington Department of Labor and Industries. A lifelong resident of Washington state and a lifelong state park user, Mark is proud of his role in the dramatic transformation of the park system necessitated by a legislative decision several years ago to dramatically reduce general tax support to State Parks. His priorities as a commissioner include reducing the agency’s deferred maintenance backlog, enhancing preservation and re-use of historic park facilities, increasing youth visits to parks and creating new partnerships with public and private organizations to enhance the visitor’s park experiences while raising needed revenues to support and sustain the park system. He and his wife Julie live in Lacey. They enjoy travel, visiting parks all over the state and spending time with their children and grandchildren.

Diana Perez has had more than 25 years of public land management experience in Oregon, Alaska and Washington. She has worked as a biologist, a forest fish program manager, an acting district ranger, a public affairs officer and has been a deputy monument manager at the Mount St. Helens National Volcanic Monument. Currently Diana works as a talent acquisition specialist with the National Collective Recruitment Team of the U.S. Department of Agriculture (USDA) Forest Service. She earned her Bachelor of Science degree in Wildlife Management from Texas Tech University, a public research university in Lubbock, Tex., and earned her Master’s degree in Fisheries Science at Oregon State University. She was a participant in the Executive Leadership Institute at Mark O. Hatfield School of Government, College of Urban and Public Affairs, at Portland State University. Diana is passionate about natural resources, conservation and education and is committed to fostering these interests in future generations and including people of diverse cultures in stewardship and enjoyment of the outdoors. She serves as a volunteer with the League of United Latin American Citizens, working to empower under-represented groups and to connect them with unique outdoor educational experiences. In her leisure time, she enjoys biking, snow-shoeing and camping with her two children.

Sophia Danenberg is a senior program manager and leads international environmental policy analysis at Boeing. She came to Boeing from United Technologies where she managed global environment, health and safety legislative and regulatory affairs, environmental technology programs, and energy efficiency and indoor air quality projects with governments, universities and businesses in Europe and Asia. Before starting her career, Sophia was a Fulbright Fellow at Keio University in Tokyo. She received her undergraduate degree from Harvard in environmental sciences and public policy, and completed graduate courses in environmental economics and law at the University of Connecticut. Sophia is on the boards of NatureBridge and SheJumps. She also has served on the young professionals' committees for the World Affairs Council and Big Brothers Big Sisters, as the vice-chair of her local Sierra Club Inner City Outings, a track and field official for Special Olympics, and a mentor for the Passages Northwest Girls Rock program, among other roles. Sophia was initially drawn to Washington by the access to the outdoors and believes that public lands are an invaluable asset to both individuals and businesses in Washington state. Sophia is an outdoor enthusiast and is an avid climber, hiker and mountaineer. She also enjoys snowboarding, skiing and cycling. In 2006, Sophia became the first African-American to summit Mount Everest.

Steve Milner is a retired chemical engineer and graduate-prepared ecologist whose practice area focuses on natural and manufactured processes. His current interests range from restoration ecology to nuclear fuel cell development. He was raised in Wisconsin and worked for a research and development company in the Chicago area for 33 years before moving to Chelan in 2006. Steve’s lifelong interest in the outdoors has led him to support conservation programs and organizations. He is a retired board member of the Chelan Douglas Land Trust and former member of the Fox Valley Land Foundation. He is a contributor to the University of Illinois Program for Religion and Environmental Thought and served as a youth outdoor guide in Minnesota’s Boundary Waters Canoe Wilderness Area. Steve advocates for the development of parks and trails for public health and the economic benefits they contribute to state and local economies. He values the role of state parks in hosting multi-generational family gatherings that provide a setting for elders to share environmentally sound land ethics and family values to younger generations. He and his wife, Jill, a practicing clinical nurse specialist and case manager, enjoy canoeing, kayaking, travel and spending time with their grown children and grandchildren.

Ken Bounds worked for the City of Seattle for 31 years before his retirement in 2007. He was superintendent of the city Department of Parks and Recreation for 11 years, previously having worked in the city’s executive policy planning office and served as budget director. At the city, he led efforts to secure more than $230 million from voter-approved levies to finance new parks, community centers, swimming pools and more than 350 acres of public open space. He has served on national and state boards such as the City Parks Alliance, the Mountains to Sound Greenway and the Washington Wildlife and Recreation Coalition and received the National Recreation Parks Association R.O.S.E. Award, the Cascade Land Conservancy Stewardship Award and the Seventh Generation Legacy Award from the tribes. He is proud of his work developing facilities and programs for youth as well as his work with the Cascade Land Conservancy to create a 20-year city reforestation program. Ken believes that parks and open space contribute to the health and well-being of individuals and communities and should be accessible to all. Ken and his wife, Linda Gorton, enjoy hiking, bicycling, traveling, golf, cooking for friends and spending time with their adult daughter and her husband.

Mary “Laurie” Connelly is a retired attorney and university administrator. She received her J.D. from the University of Washington School of Law and served as Associate to the President and Chief of Staff to the President at Eastern Washington University. Prior to coming to Eastern, she served as an Assistant City Attorney for the city of Spokane where her primary responsibility was advising and representing the Spokane Park Board and other city boards and commissions. She has served as a board member and president for the Legal Foundation of Washington, the Spokane County Bar Association and currently serves on the Board of the Federal Defenders of Eastern Washington and Idaho. She has also volunteered for the YMCA of the Inland Northwest. Laurie believes parks enhance our quality of life and is interested in serving as a steward of the state park resources to protect and preserve property for future generations while providing excellent recreational experiences for all of the citizens of our state.  Her lifelong interest in recreation and the outdoors began in her childhood in Minnesota, spending time in parks near her home and vacations camping, hiking and fishing in Canada and the Western United States. Laurie and her husband, Pat, enjoy travel, outdoor recreational activities as well as cooking, reading and spending time with their family and friends.

Peter Mayer, born and raised in Anacortes, Wash., was appointed the Director of Washington State Parks in March 2021. As director, he is responsible for more than 120,000 acres, 125 developed parks, including 19 marine parks, 11 historical parks, 35 heritage sites, 13 interpretive centers and approximately 500 miles of long-distance trails.

As one of the largest and most diverse park systems in the country, the agency hosts 38 million annual visits generating $1.4 billion to the state’s economy.  Mayer leads a team of 1,000 employees with an operating budget of $190 million and a capital budget of $90 million.

Prior to his tenure at Metro Parks Tacoma, Mayer served as deputy director and chief operating officer of the Snohomish Health District in Everett. He led the agency’s administrative services section as well as oversight of Community Health, Communicable Disease Control/Emergency Preparedness-Response and Environmental Health divisions.

Mayer has served in several leadership roles, including chair/president of the Washington State Association of Local Public Health Officials and president of the Washington Recreation and Parks Association, representing more than 1,500 park and recreation professionals and industry experts. He helped found several state and regional trail coalitions in the Pacific Northwest.

As a governor appointee to the Washington State Recreation and Conservation Funding Board, Mayer oversaw biennial investments of more than $96 million for the acquisition of conservation and habitat lands and the development of parks, trails and sport fields.

A graduate of Washington State University, Mayer earned both his undergraduate and graduate degrees in parks and recreation administration. He also completed a semester at the University of Edinburgh, Scotland, focusing on geography, natural resource management and parks. Mayer completed the Cascade Public Executive Program through the University of Washington’s Daniel J. Evans School of Public Affairs.

Mayer has two children and lives in Issaquah with his wife, Jen. He enjoys swimming, mountain biking, trail running, kayaking, soccer, hiking, camping and traveling with his family.