Preservation and pavers connect Washingtonians to an important heritage site

Washington State Parks, together with preservationists, contractors and wood artisans, made critical improvements to one of its oldest and most significant parks, Jackson House State Park Heritage Site.

Earlier this summer, the agency and its team restored the 1915 cabin’s front porch, recreated its roof, replaced rotten logs, mitigated water damage behind the chimney and reconstructed a fence built by the Civilian Conservation Corps (CCC). State Parks also installed three new interpretive panels on the pathway, outlining the property’s historical significance. The agency added several modern features, including a re-graded parking lot, an asphalt path to the fence line and an ADA-accessible paver path to the porch. These improvements will increase visitation, as people of all abilities can now reach the Jackson House.

The site is named for early settler John R. Jackson, a farmer who served as a sheriff, judge and legislator after he built his original cabin near current-day Chehalis in 1850. The home became a social and civic hub, a post office and a U.S. District Courthouse. In 1852, a group of settlers met there to hatch the idea of a Washington territory, and Washington became a territory the following year. After Jackson’s death, the home fell into disrepair, but was resurrected in 1915 by his granddaughter Anna Koontz and the St. Helens Club of Chehalis. The property became a state park the same year. The CCC repaired the cabin in 1934, and the Jackson House underwent multiple restorations later in the 20th Century. 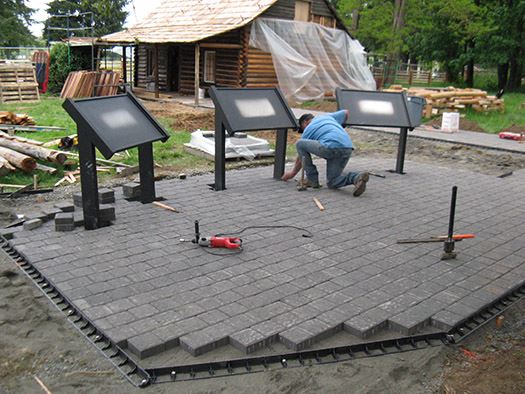